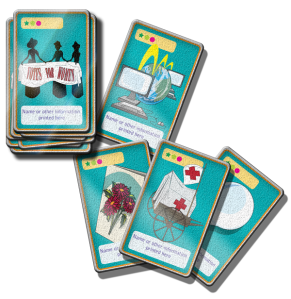 I have used the cards for so many different activities and lessons with adults, teens, and older children.  If you are not familiar the cards I am referring to are printed on a white or off white card stock and each features the photograph or illustration of an historic Unitarian, Universalist, or Unitarian Universalist along with a short biographical overview of their contribution to the wider culture and or to the history and development of Unitarian Universalism.  There is an initial or starter deck and then at least one expansion deck I know of though there may be others.

A recent addition to my extensive collection of works in progress is a new set of  U.U. cards.  For now I’m calling it “U.U. Cards: Generation II”, or “gen II cards” for short.  They are quite different though and would not really replace the cards with which folks are familiar, and it should be clear that these are in major concept phase.  In fact for that reason I wanted to post something to gather any feedback or hear from anyone with ideas or interest in working together on this idea. 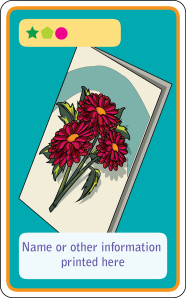 Rather than featuring individual biographies of our U, U, and UU ancestors these cards will focus more on the works of art, social change, inventions, discoveries, pioneering accomplishments, and published works that our religious ancestors have given to our ongoing community of faith and often the wider culture.  Eventually the cards will have colored backgrounds and symbols printed in a special bar at the top of the card.  The different colors used for the card background as well as the symbols will classify the card according to some (still to be determined) taxonomy.

So perhaps green backgrounds will denote social movements and red contributions to the arts, while yellow would designate that the card is featuring a contribution to science and technology.  Also by way of example the top bar and symbols might identify if the card highlights the contribution of notable women or some event that had significance for women’s rights, another might note that the card represents contributions by person’s of color or that have helped extend justice and opportunity to people of color. 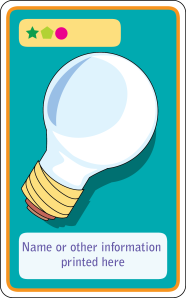 Once complete my hope would be to have a set of cards that could be used for several different types of game play.  They should allow for a memory type game or a matching one like Old maid or Go Fish.  There would also be instructions for a more complex game like Rummy as well as some sort of game that involved meld.  I envision at least one being a game that has each player pursue some individual quest to win.  So you might have a card that explains that to win this player needs to collect four cards dealing with women’s rights, be able to lay down six works of literature or art by women, and achieve ordination of women to ministry by having a card featuring a woman in ministry and another card featuring one of the historic UU theological schools.

The examples you see show some illustrations I have done for the cards.  The images help represent the World Wide Web, the incandescent light bulb, mother’s day, and women’s suffrage each of which ties to the pioneering work of one or more of our Unitarian Universalists ancestors.  The illustrations are shown on the same card prototype.  The cards would eventually have specific text to go with each card and the background colors and symbols would correspond meaningfully to the card’s focus according to the final taxonomy of relationships and attributes as described earlier. 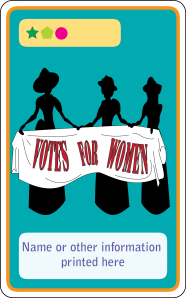 One advantage is that young and older people alike are often familiar with social movements great works of art and important scientific discoveries much more than they are with the individuals who were behind these developments.  A picture of a lightbulb lets you know that UU’s have some part to play in the introduction of electric lights where as a picture of Thomas Edison and Lewis Lattimer will not be recognized by most people so that only after they read the textual information included will they make the connect between UU history, the images, and familiar turning points in human history.  And even after that connection is made how many will hold onto it.  Also by gleaning things from a number of existing games and using the wealth of publishing tools available today that where not economically practical or commonly available twenty or thirty years ago it should be possible to create cards that lend well to some very playable games.  And as I am lately ever aware of the digital reality of the world today the graphics and various recommended game play options with the cards could be easily converted into a digital game for a single player as well as expanded in ways the cards do not easily support. 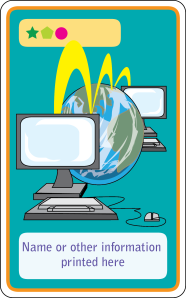 So please let me know what you think.  I am eager for recommendations about game play, categories and card design.  Also do not hesitate if you have some similar idea or a better one and would like to collaborate or have help with the card design for your more excellent vision for some card game that supports and promotes UU identity e-mail, post something here, just get in touch however best suits you because I am eager to have some other thoughts and takes as I muddle about on this idea.  I am not a big game player myself so always eager for imput from those who are more passionate and experienced gamers weather video, card, board, or other.